You can customize sound sets with “Modifiers”.
In default, a modifier which adds soft pedal function, and GS Custom Controller mod are being applied. You can select “Original” and disable GS Custom Controller if you want.
Supports Audio Unit v3 and Inter-App Audio. You can use this synth as a plugin for another app such as GarageBand, AUM, Cubasis, etc…

Unlimited number of sound sets to be loaded. You can use them as long as the device memory allows.
The actual memory limits seems to be around the half of the hardware RAM.
You may be able to load sounds over the memory size if you turn on “Load On Demand”.

You can play this app with external MIDI devices and Virtual MIDI apps.

Includes a sound set, “GeneralUser GS” by S. Christian Collins. I prepared a modifier for this set.
This app developer does not collect any user information other than what is collected by iOS/iPadOS.

The following photos are under development. 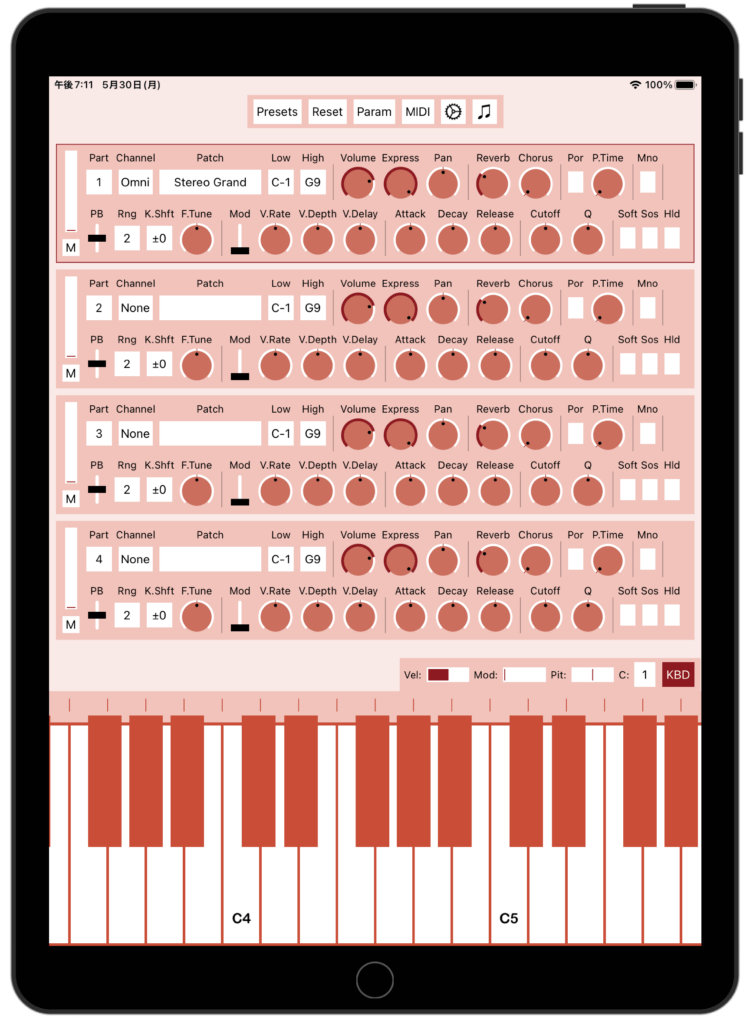 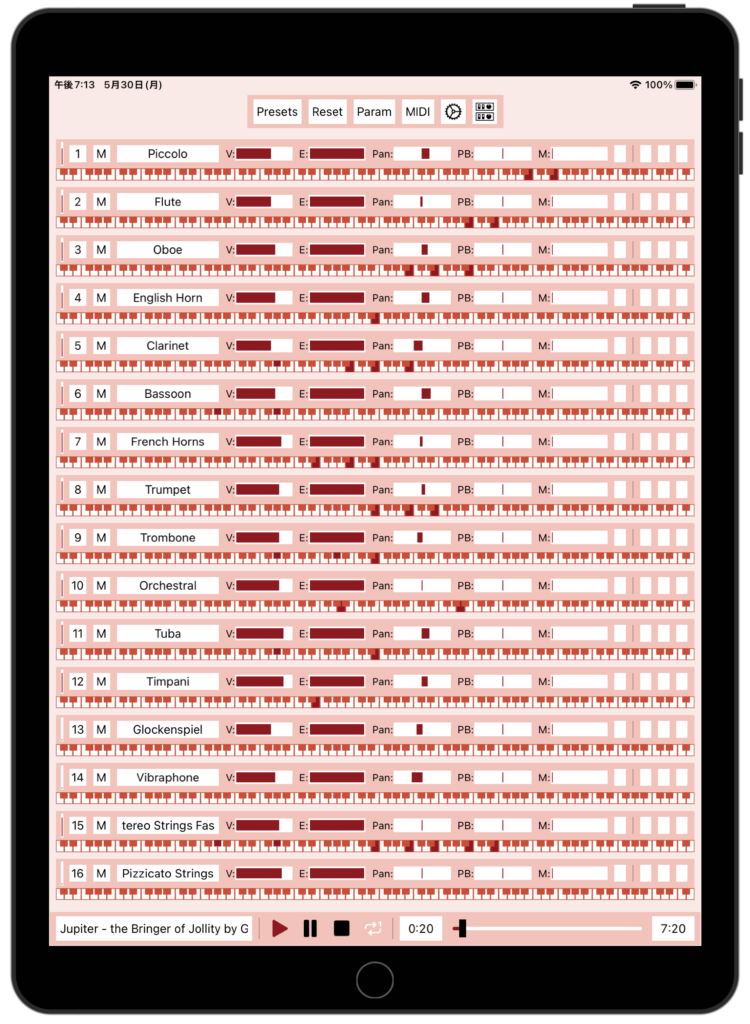 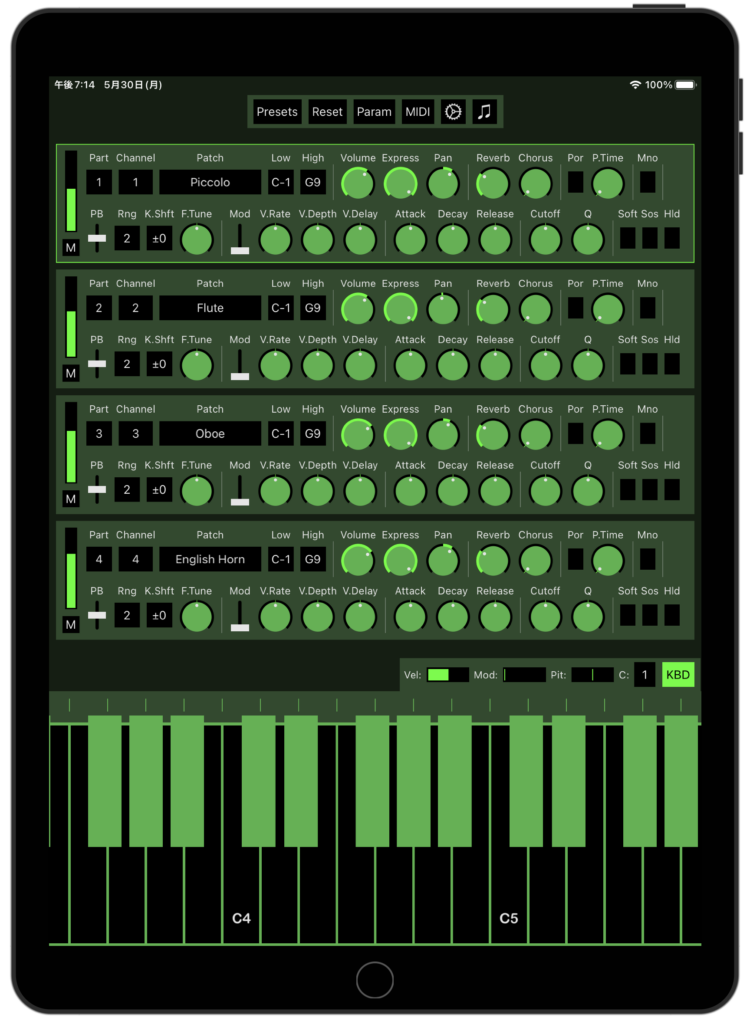 Added links to my web site.
You can view the raw value in region view.
Other small fixes.

Fixed a bug that occurred when the playback speed was not 1.0.
Other small fixes.

Fixed a bug about selecting source of “Remove mod” in a modifier function.
Other fixes.
Released on 2022-06-07.