- You can scale key size.
- The keyboard can be double rows.
- It has a metronome.
- You can change sound pitch.
- You can transpose keys.
- It can sound in a just intonation.

The app doesn't use sampled real sounds but use FM synthesis.

You can add sounds if you have KQ Dixie.
Sounds which is currently loaded into KQ Dixie can be added to False Piano.
There are lots of patches which can be used in KQ Dixie on internet. Also KQ Dixie can edit patches.
Infinite patches are on your hands.

You can connect External and Virtual MIDI devices.
Some DAW can import this app's sound via Inter-App Audio. 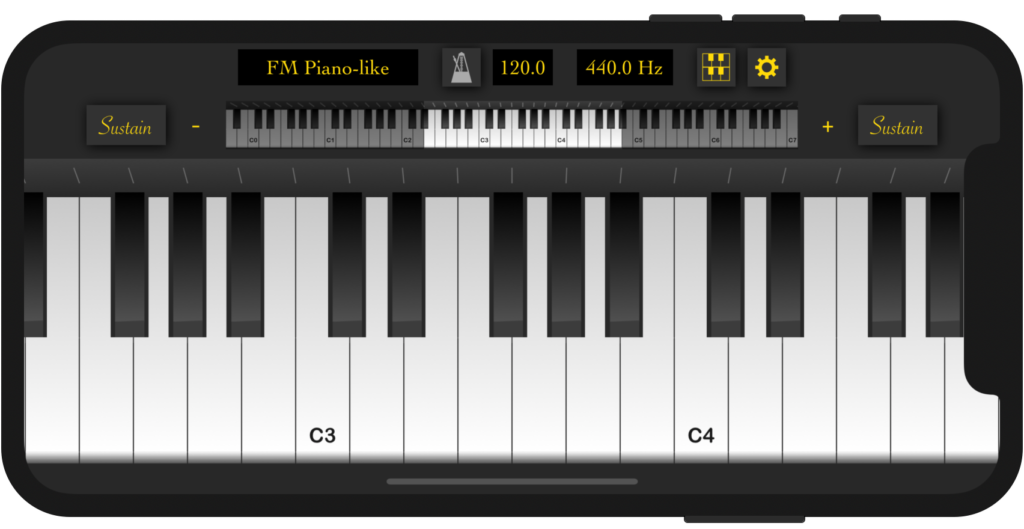 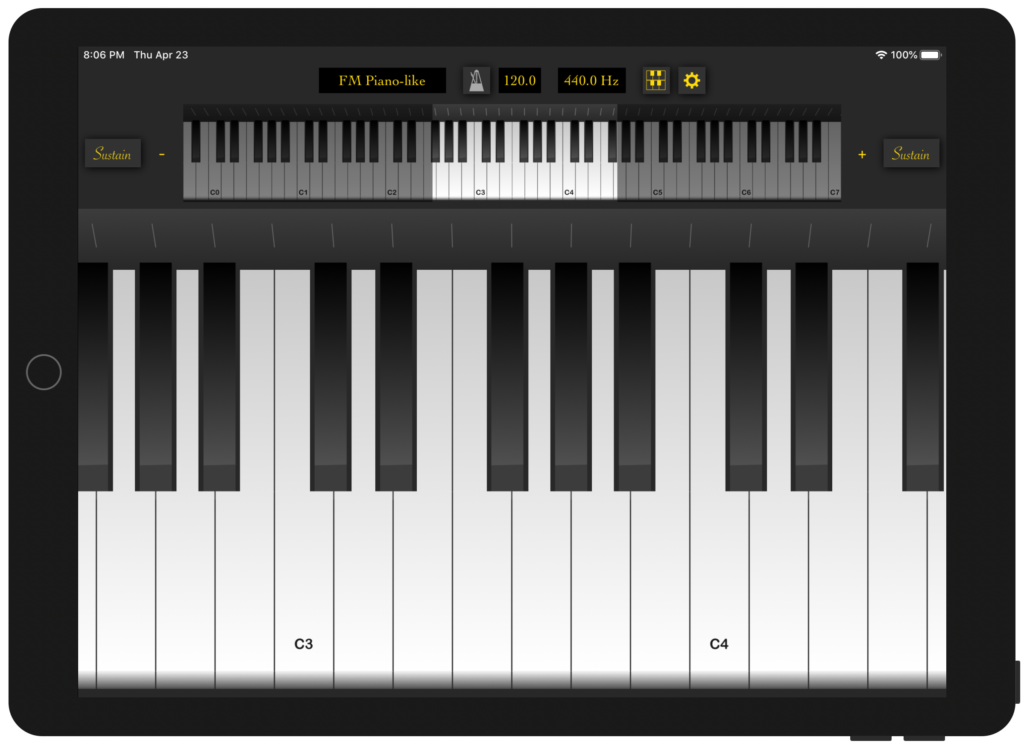 Fixed a bug which occurred with large iPhone.

Changed a preset and improved the response.
Added a Sample Rate option.
The Buffer Size option has more choices.

Changed Presets a little and it sounds same as version 1.0. (was changed on Version 1.0.3)

This website uses cookies to improve your experience while you navigate through the website. Out of these, the cookies that are categorized as necessary are stored on your browser as they are essential for the working of basic functionalities of the website. We also use third-party cookies that help us analyze and understand how you use this website. These cookies will be stored in your browser only with your consent. You also have the option to opt-out of these cookies. But opting out of some of these cookies may affect your browsing experience.
Necessary Always Enabled

Any cookies that may not be particularly necessary for the website to function and is used specifically to collect user personal data via analytics, ads, other embedded contents are termed as non-necessary cookies. It is mandatory to procure user consent prior to running these cookies on your website.